It is also proposed to update Hindi Filmography every year so that all the information relating to Hindi films censored up to the previous year is made available to music lovers.  Sample pages from both volumes are appended. 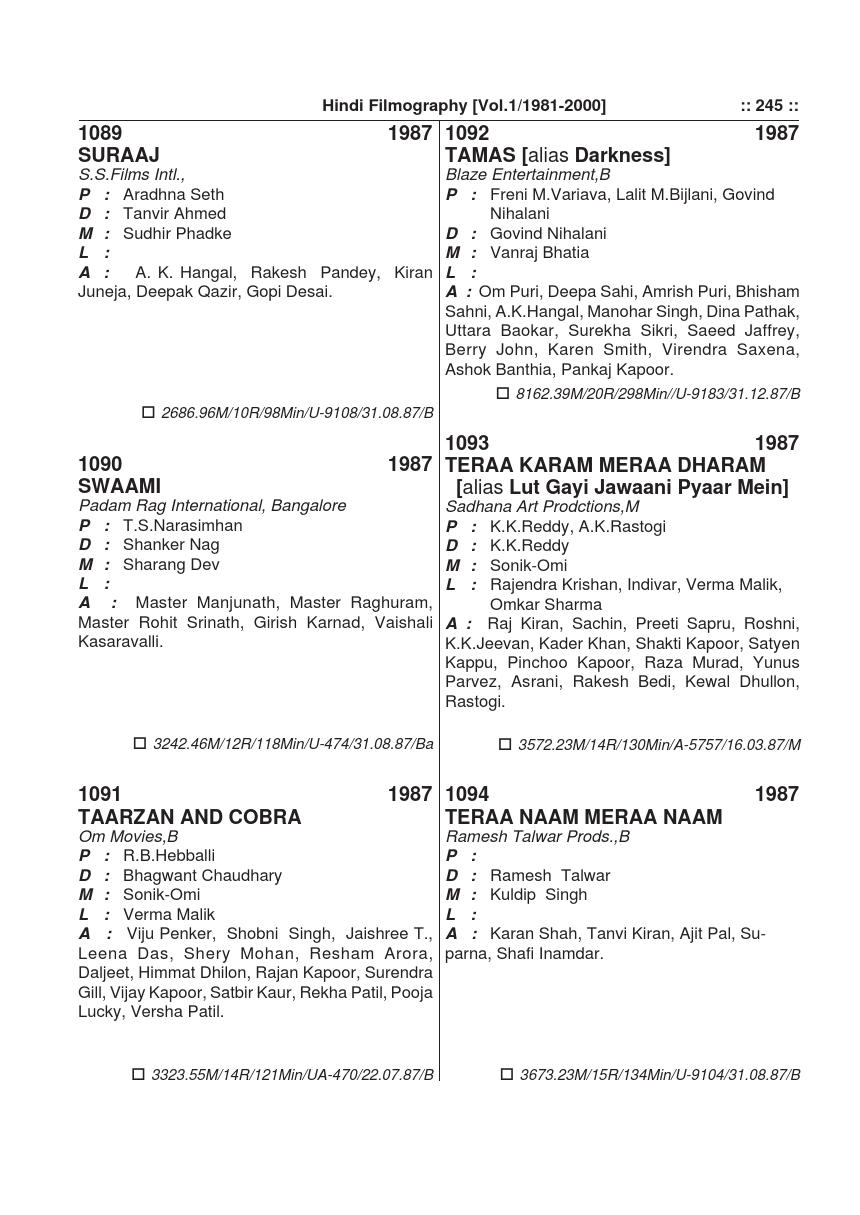 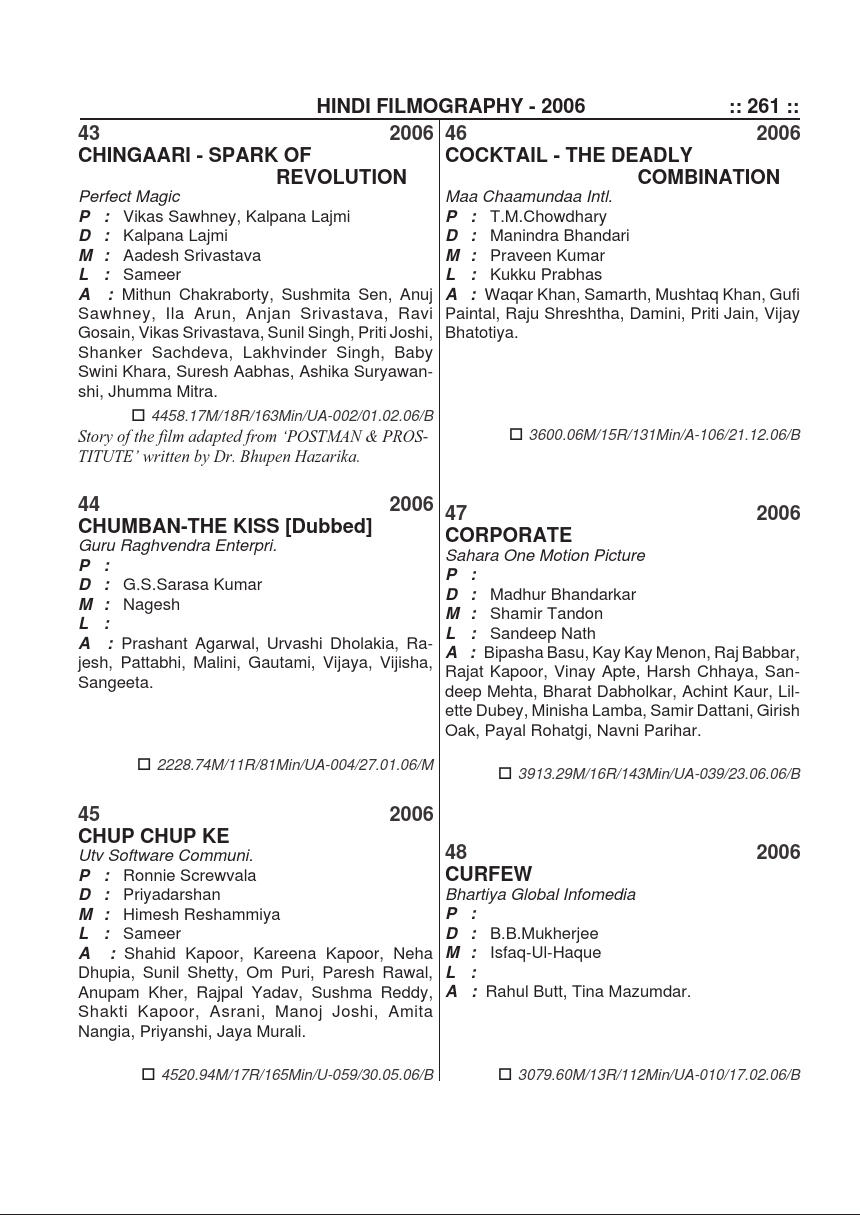