etc. in the series of  Hindi Film Geet Kosh, another compendium Hindi Filmography [1981-2013] has also been brought out in English so that brief details [viz. name of the film, banner, name of the producer, director, music director, lyricist, artists and censor information] of 6,441 Hindi feature films, censored between 1981 and 2013, are made available for the benefit of music lovers.

It is also proposed to update Hindi Filmography every year so that all the information relating to Hindi films censored upto the previous year is made available to music lovers. 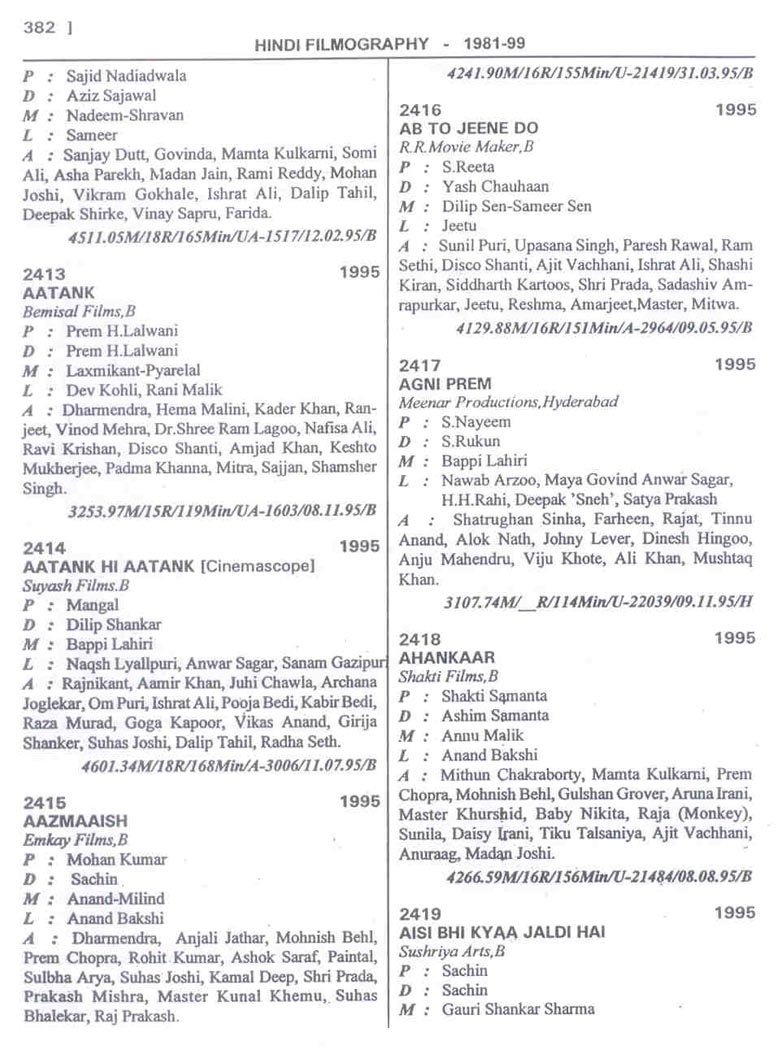