With the advent of eighties. the quality of music of The Golden Era which continued, to some extent, by early seventies, had vanished.  Many new music

directors entered in the world of Hindi film music industry who adopted western style while composing tunes for Indian film songs. Manufacturing of 78 rpm discs had been stopped completely with the beginning of seventies and barrier on the length of the songs had been completely lifted due to release of songs on microgroove (LP/EP/SP/Super-7) discs.  Average number of songs per film had also gone down to 6 or even less.
This volume, 6th in the series, containing details of about 5,000 songs of 843 Hindi with its dialects viz. Bhojpuri, Brajbhasha, Garhwali, Haryanvi, Maithili, Malvi, Nimadi and Rajasthani films in 528 pages, has been published on 14th March 2018, exactly after 87 years from the release of first talkie film 'Alam Ara'.
Unlike earlier volumes, this volume has been prepared with the help of computer which can be edited and updated any time in future.  The quality of digital printing is far better and new editions of this volume can be very easily published any time in future.
However forgettable, the songs remain an integral part of the Indian cinema. Hence, cataloguing of songs was necessary beyond 1980.  Music aficionados of the generations that followed would certainly look forward to the listing of songs beyond 1985 too. After all, the show must........................go on................. 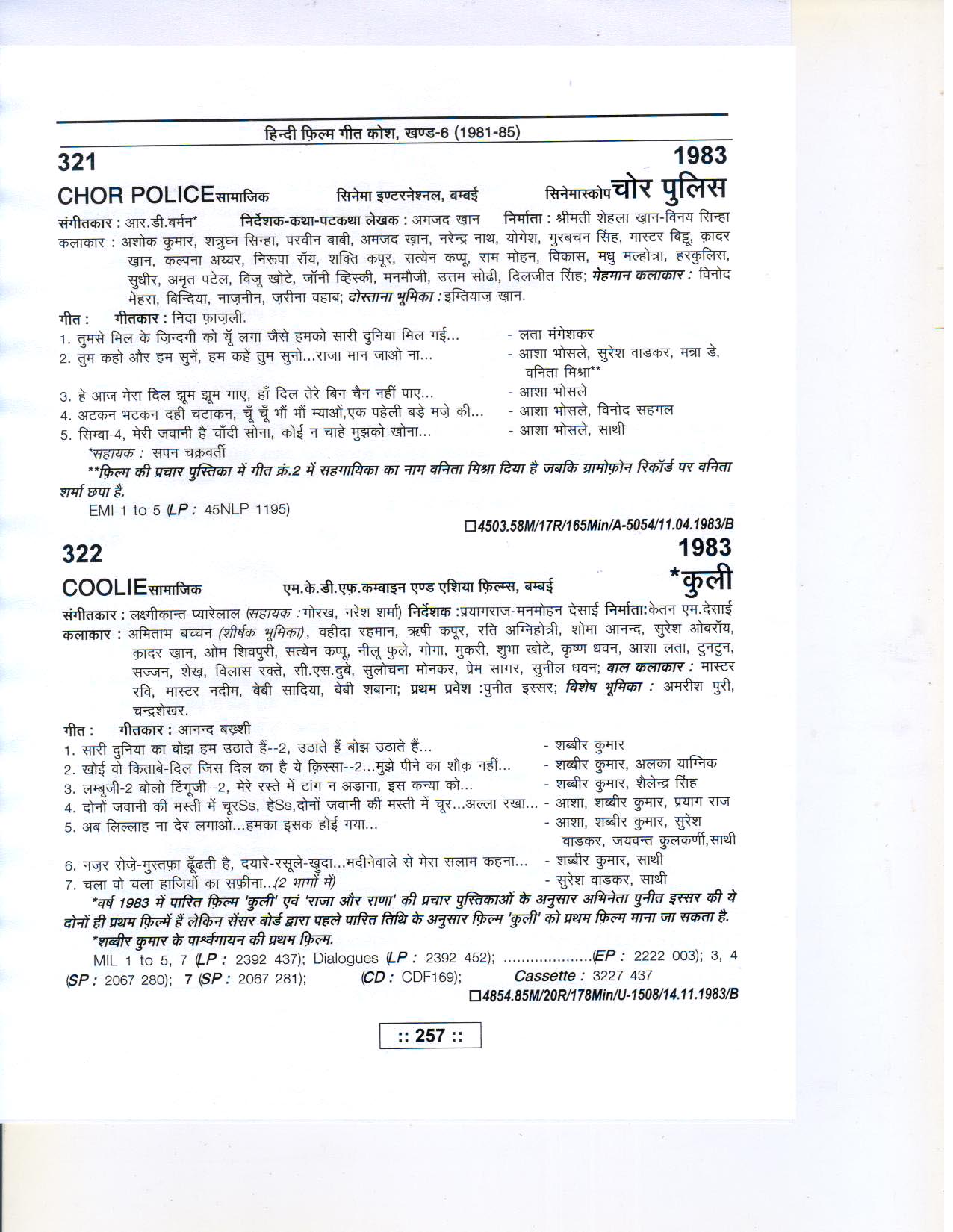