The trend of Hindi film music which was relatively slow with the advent of talkie era, started

getting a little fast by the middle of forties.  To be specific, the trend completely changed with the entry of Lata Mangeshkar as 'playback singer' of Hindi films.  Many new music directors like C.Ramchandra, Roshan, Shanker-Jaikishan, Husnlal-Bhagat Ram, S.D.Burman, Hans Raj Behl, Sudhir Phadke, etc. made their entry in this decade.
Details of about 11,000 songs of  1,236 Hindi films censored between 1941 and 1950 have been included in 786 pages of Volume-II of Hindi Film Geet Kosh.  This volume was released by Maestro Naushad Ali in a specially organised function on 25th February 1984 at Jai Hind College Hall, Churchgate, Bombay.  Other film personalities present to enliven the occasion were Bulo C. Rani, Rajkumari, Zohrabai Ambalawali, Qamar Jalalabadi, Hans Raj Behl and Sudha Malhotra.  Music lovers from all corners of India also graced the function.
It was the 2nd Volume in the series of HINDI FILM GEET KOSH published in 1984 as Volume-III had  already been published earlier in the year 1980.
All the stock of Volume-II [1941-50] has since been sold out and its Xerox edition is being made available to the music lovers. Sample page is appended. 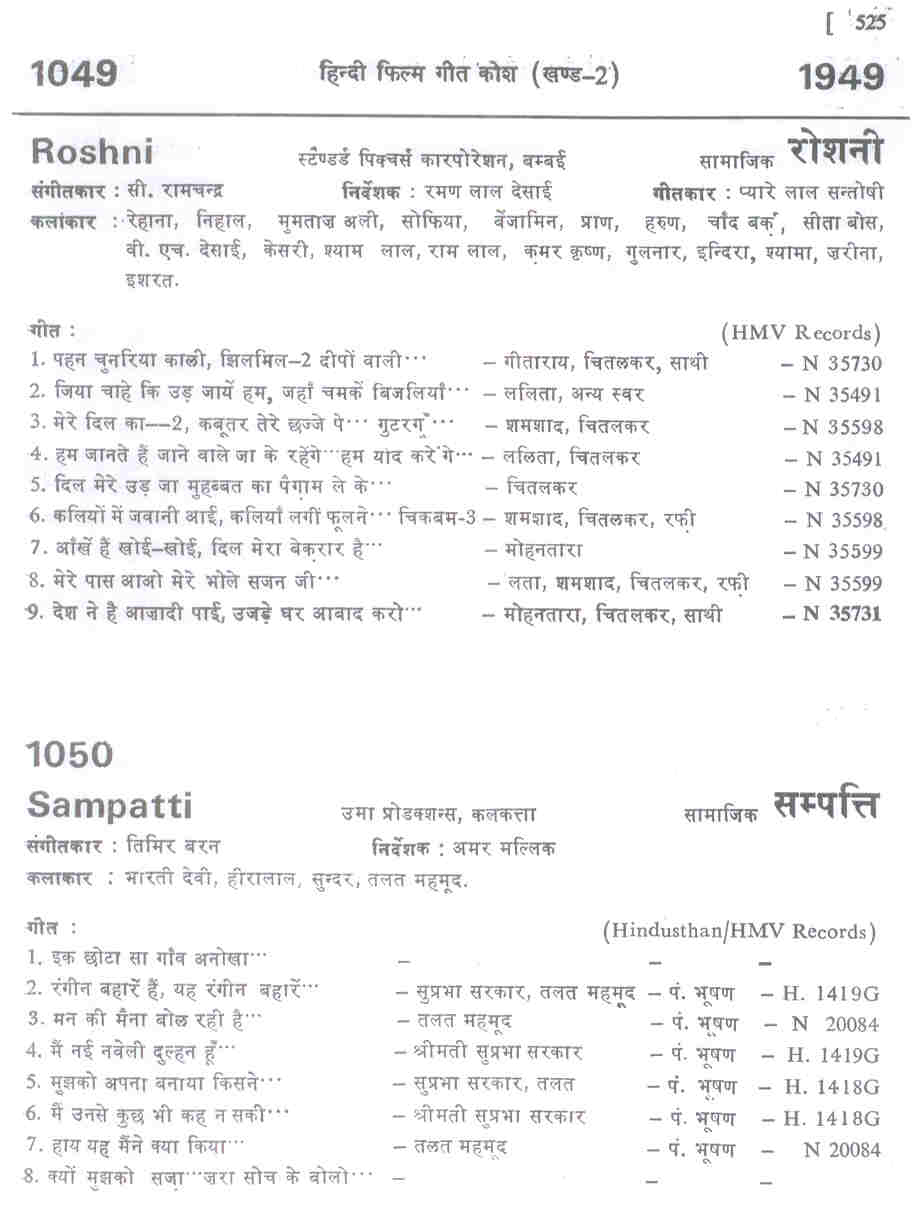